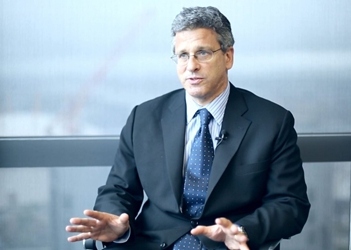 The International Business Times has called Mr. Guttman “one of the world’s most prominent whistleblower attorneys,” and he has been recognized as a Washingtonian Top Lawyer by Washingtonian Magazine. Citing “wins recouping billions of dollars for the federal and state governments,” a February 19, 2015 profile of Mr Guttman by the Boston Globe’s STAT NEWS referred to him as the “Lawyer Pharma Loves to Hate.” Citing a $98 million recovery from Community Health Systems, Inc., Law 360 named Mr. Guttman a “Health Care MVP” and profiled him in a December 1, 2014 article. Author, David Dayen, writing in his Book, Chain of Title (The New Press, 2016) cited Mr. Guttman’s work on behalf of “robo-signing” whistleblower, Lynn Szymoniak, noting “he had won some of the largest awards in the history of the False Claims Act; there was really nobody better for the case.” Writing in their book, The Corporate Whistleblower’s Survival Guide, (Berrett-Koehler Publishers, Inc., 2011), authors Tom Devine and Tarek F. Massarani wrote that “in settling qui tam litigation, [Mr. Guttman] has aggressively and successfully negotiated for corrective action against public health and safety consequences from prescription drug fraud.” In the book, When Good Companies Go Bad, (ABC CLIO, 2014), authors Donald Beachler and Thomas Shevory profiled Mr. Guttman’s off label marketing case against Abbott labs, involving the drug Depakote, which resulted in a $1.6 billion recovery in 2012 for state and federal governments. The Spring, 2013 Cover Story for the Emory Lawyer, profiled Mr. Guttman as one of Emory Law School’s “leading players” in the area of complex litigation noting that “even before filing a case, Guttman’s team engages in intensive investigation, retains experts and prepares as if a trial is imminent.”

Mr. Guttman represented one of the six main whistleblowers in litigation resulting in the government’s September 2009, $2.3 billion settlement with Pfizer Pharmaceutical. In addition to the Abbott Lab’s $1.6 billion settlement in 2012, Mr. Guttman represented one of the main whistleblowers in a case against GlaxoSmithKline that returned over $3 billion to the government. That same year Mr. Guttman represented whistleblower, Lynn Szymoniak, whose qui tam case, involving fraudulent mortgage assignments, was resolved as part of the government’s $25 billion settlement with some of the world’s largest banks. The following year, in 2013, Mr. Guttman was lead counsel for the lead False Claims Act whistleblowers in a case involving the kidney-transplant drug, Rapamune. That case culminated on July 30, 2013 in a U.S. Department of Justice announcement that Pfizer had agreed to pay $491 million to settle criminal and civil charges stemming from the illegal marketing of Rapamune by Wyeth Pharmaceuticals, which was acquired by Pfizer in 2009. In 2013, Mr. Guttman was also lead counsel in a case against Amgen, Inc. et al., resulting in the recovery of $24.9 million. In 2014, Mr. Guttman recovered $4.19 million from co-defendant, Omnicare, and in 2015 he recovered another $2.15 million from co-defendant Pharmerica. On October 17, 2016, Mr. Guttman and his firm, GBB, announced the recovery of another $28 million from Omnicare. That same month, GBB announced the recovery of $5.3 million in a case involving fraudulent Medicare claims submitted by a New York State provider.

Mr. Guttman served as lead counsel in a series of cases resulting in the recovery of more than $30 million under the Federal Fair Labor Standards Act. Cases brought by Mr. Guttman on behalf of nuclear weapons workers at “Manhattan Project” nuclear weapons sites resulted in congressional oversight and changes in procurement practices, and dread disease compensation legislation, covering the nation’s nuclear weapons complex workforce. A case brought by Mr. Guttman against the Secretary of Energy under the National Environmental Policy Act (NEPA) resulted in the cancelling of a project to recycle radioactive Nickel at the Oak Ridge National Laboratory.

Mr. Guttman he served as lead counsel in litigation brought on behalf of prison workers in the District of Columbia, resulting in injunctive relief protecting workers against exposure to blood-borne pathogens and he served as lead counsel in a mediation before the United States Equal Employment Opportunity Commission, resulting in work place standards and back pay for minority employees at a large Texas oil refinery.

Mr. Guttman is the author and/or editor of numerous articles, book chapters, and technical publications.

His commentary and/or articles have appeared in Market Watch, American Lawyer Media, AOL Government, Accounting Today, the Jerusalem Post, the International Business Times, the Atlanta Journal/Constitution, The Hill, Forbes, Law 360, Blog of The American Constitution Society, and the Fulton County Reporter. Mr. Guttman has written almost 100 commentaries on politics and the law for The Global Legal Post – www.globallegalpost.com. He was a founder and contributing editor and a writer for The Regulatory Analyst; Medical Waste (Warren, Gorham & Lamont, Publishers)

His article, Pharmaceutical Regulation in the United States: A Confluence of Influences, was published in Chinese by the Peking University Public Interest Law Journal, Vol. 1, Page 187 (2010). He is co-author (with Professor Paul Zwier) of A Failure of Remedies: The Case Against Big Pharma, (Emory Corporate Governance and Accountability Review, 2016). He is also co-author (with Jennifer Williams) of Controlling Government Contractors; Can the False Claims Act be More Effective (Sedona Conference Journal Vol. 14, Fall,  2013). And he is a co-author (with Professor Paul Zwier) of The New World of Electoral Politics and What It Means; An Introductory Essay, (Emory Corporate Governance and Accountability Review, 2017).

Mr. Guttman is co-author of SEC v. HG Pharmaceutical and Gonzalez v. Hewitt which are “case files” published by the Emory University School of Law Center for Advocacy and Dispute Resolution and used to train law students and practicing attorneys. He is also co-author of the case file, United States ex Rel Rodriguez v Hughes, et. al (Defendants Materials, Relators Materials, Faculty Materials), (National Institute of Trial Advocacy, 2016). Mr. Guttman is author or co-author of Chapters 5-10 in Internal Investigations: How to Protect Your Clients or Companies in the Global, Post Dodd-Frank World (Practicing Law Institute, 2012). He is co-author (With Professor Kathryn Wagner) of The Asbestos Model; Labor and Citizens Groups and a Multipronged Approach to Regulatory Change (published as Chapter 5 in Conflict Resolution and Public Policy, (Edited by Miriam K. Mills, Greenwood Press, 1990). He served as an advisory board member and Chapter author for Environmental Management in Healthcare Facilities (W.B. Saunders, 1998). He is co-author with Professor J.C. Lore of Pretrial Advocacy, (Lexis-Nexis and the National Institute of Trial Advocacy) (Work in progress to be published, Fall 2017).

In addition to his writings, Mr. Guttman has testified before committees of the United States House of Representatives and the United States Senate on the Asbestos Hazard Emergency Response Act (AHERA). In 1992, he advised President-elect Clinton’s transition team on labor policy and worker health and safety regulation.

He is a Senior Fellow and Adjunct Professor at the Emory University School of Law Center for Advocacy and Dispute Resolution and has been a Team Leader for Emory Law School’s Kessler-Eidson Trial Techniques Program. He is currently serving his second three-year term on the Emory Law School Dean’s Advisory Board. He is a founder of and Senior Advisor to the  Emory Corporate Governance and Accountability Review (ECGAR), and a faculty member of the National Institute of Trial Advocacy. Mr. Guttman has also served as an Adjunct Professor at the Rutgers University School of Law.

As part of a U.S. State Department program in conjunction with the Emory law Center for Advocacy and Dispute Resolution, he has been one of five visiting professors at Universidad Panamericana in Mexico City, training Mexican Judges and practitioners on oral advocacy and trial practice. He has been a guest lecturer at a number of universities including John Hopkins, the University of Pennsylvania, Jiao Tong University in Shanghai, Peking University in Beijing and Renmin University in Beijing. In 2006, the Dutch Embassy in China invited him to share his perspectives with experts in China about changes to the nation’s labor laws.

Mr. Guttman earned his law degree at Emory University School of Law, (1985), and his Bachelor’s Degree from the University of Rochester, (1981). He began his legal career as Washington, DC counsel for the Service Employees International Union, (SEIU), AFL-CIO where he served from 1985 until 1990.

Mr. Guttman is a member of the Board of Directors of the American Constitution Society. He is the founder of www.whistleblowerlaws.com